Did you change your mind about China after you actually visited the country?

–Asked by a Quora User

I think there is a very biased and incorrect view about traveling in China generally. I am an Indian who is currently residing in Singapore and had a chance of visiting China (Beijing, Wuzhen, and Shanghai) for a period of two weeks in September, 2017. I will list all the myths which got busted during my trip based on ‘my’ experiences.

Some remote and not so famous places in China are very peaceful, serene, and beautiful. One of the places I visited is Wuzhen. I have posted some pics here of the water town Wuzhen here.

I think if the above pics do not arise your desire to visit China, I can’t say what would.

In brief, based on my experience, China is one of the best countries I have visited so far and would like to visit again in future and also explore different cities and villages.

Yes of course. China was a page written only from academic / historical perspective in my book, and I was happy to rewrite it. I spent 5 months in China, as I was in an exchange semester at Tsinghua University. Plenty of stories now fill this book, but for now lets stick to the question at hand.

All I knew about China I learned from sources like Wikipedia or in our history classes. I understood the concept of Zhōngguó, but I did not know anything about China from, let’s say, pre-1900 (there was this dude Confucius who was. Bhuddist?!). So in school we learned about the Japanese occupation, Nanjing, Mao’s revolution, the great leap forward, 1-child-policy, the rise with Deng and up until around 2000, the smog, industry, communist party, the great firewall etc. So far so good, but what does it MEAN?

Before I went I had a long discussion with two professors who approved my semester. One of the conditions was, in order to get full credits, to write a blog. How is China, what do I experience, everyday life of an exchange student? But the profs insisted I had to be extra careful to not write anything critical or the CP arrests me… While I didn’t believe this all, I still thought Chinese were oppressed, people are not free, unhappy etc.

Now don’t get me wrong: China is not a ‘free’ country. You have no free speech, free access to information and the control is there. But then again I learned to understand the idea behind it. Controlling neo-imperialist influences on Chinese grounds until China is the economic giant it is now made absolutely sense (I don’t like it, but I understand the CP).

Yes the great firewall exists. You cannot search for the Tiannamen massacre or your connection is ‘down’ for 2 minutes (no arrests ;)). But you can get a VPN. Everybody can. There are bars offering VPN, and everybody knows it. I had a class where we critically assessed the Chinese system, openly criticized the CP in some regards, with a surveillance cam in the room (still no arrests).

People are happy, of course, and happy to meet you. I made many great friends and I had deep discussions. We touched politics as well. I remember well one discussion I had with two Hong Kong Han, one Singapore Han and two ‘mainland’ Hans, about the concept of democracy. Now this was interesting! With this many levels of political freedom, in the end, we agreed on democracy as the ideal system however it will be difficult to implement it right away onto China mainland. We talked about Taiwan, Hongkong.

And then I had funny experiences. The art of cheering with the glasses on even levels to show equal respect. From the ‘Asian glow’ to be out-drunk by a 20 year old, 1.6m girl. The art of a drinking (read: chugging) beer from crystal glasses in the fanciest Beijing restaurant because we were invited by some rich fellas (now that’s a story). The art of guanxi. The art of mandarin calligraphy. The art of bargaining. The really weird art of hiking. The art of chopsticks.

I learned about Confucius, Laozi, Zhu Xi, Qin Shi Huang… I saw the beautiful landscapes, some of it at least. I learned what it means when one has no siblings, the pressure from the family and it’s social effect, Chinese version of friendships, push away bystanders while waiting in line, tried to resist the smog.

I had no idea what China was, really. And I still don’t, because the change is so fast. You’d need to live there to understand it. So I can’t wait to come back and see what changed in the last 4 years.

Here are some quick pics I took.

Sally Hayes, Years of travelling and living in other countries, especially Asia and Europe.

I had learned a little about Chinese history (I’m Australian), and I had a close friend at work who was from Shanghai, but being there…

I felt like I was part of making history just be setting foot on the land. I could feel its age, something I didn’t get in Europe, even in Greece or Rome.

I’ve been back 3 times now, once to stay and work, a single parent with two small kids – yes, absolutely crazy, and not something I’d necessarily recommend – but now China is in my blood. It’s not just a foreign country – it’s an alien planet. Everything just works so differently, and getting around is extremely challenging – like the day I wanted to catch the train half an hour along the track, and it took most of the day, and trying to catch a plane to discover that our flight was an ex-Aeroflot (yes, I’ve been to Russia, and Aeroflot was scary before the Russians decided to discard them) departing from a military base on the other side of town with no food supplies…

Besides being full of friendly, wonderful people, it is the most extraordinary and amazing place. The geography is beyond description – I’ve only seen a little myself, but a lot of google searching for a story has shown some of the breadth of the country – the country is so vast, so loaded with history and time…

Today I crane to listen to anyone speaking Chinese (especially Mandarin) because the sound of the language gives me thrills, even though I didn’t manage to get much past greetings. I love the written language (which I already knew a bit of from Japanese). The buildings and the geography always leave me breathless. The country is just so vast, crosses so many different cultures and terrains, the history as fascinating as anywhere on the globe – so much of what we take for granted was invented in China long before in the west, and the people I met – in Suzhou, an hour west of Shanghai – were so friendly and warm and wonderful…

I had learned a bit of 20th century Chinese history at school, but the country is just so, so much more than that. Go there with an open mind, let go of western values like time, privacy, etc, and be amazed.

Alex Eady, I was in Shanghai and Beijing for a few weeks in 2016

My concerns traveling to China were typical for first-time visit to a country.

Could I get around (not being fluent in any of the local languages)?

Would I find good food?

Would I get ripped off?

Would I be safe?

Signs were well marked; many in English, but with a little effort it is possible to distinguish place names. The subway in Beijing was super affordable and announced every stop in multiple languages. Train stations and airports always had agents who spoke multiple languages (and signage to show where they were).

Food everywhere was delicious. I am not a picky eater, so I took whatever was offered. Street food was wonderful in Shanghai. Local cooking in Beijing tended towards spicy (some local boys thought it was really funny how RED I turned when eating it – the food was magically hot! – they took pictures with me).

If I got ripped off, I’ll never know. Everything was reasonably priced. Prices were usually marked. As far as I could tell I was paying what the locals paid.

Correction – I prayed to every God I could name when I was taking taxis.

Aside from the taxis I never felt unsafe. I was very obviously a foreigner in this country, but was never targeted or in a situation that felt uncomfortable. I was never out alone late at night (I wouldn’t do this in any city I didn’t know). My travelling companion, who had been to China many times and spoke fluent Cantonese and some Mandarin, did have a cab driver try to extort him for money, but he knew where he was and got out and walked away.

In all, I was nervous going to China, but I quickly fell in love with the country and I would love to go back again for much longer.

I was studying Mandarin at Nanjing University for a few months and had the opportunity to stay with a host family. My main concerns were…

Would I be safe?

Could I get vegetarian food?

Are people kind to people trying to speak Chinese?

As far as safety goes, I took public transportation (buses, taxis) everyday to class and back. Friends and I would spend evenings by the river or exploring the city. We would travel regularly to places across the country (Beijing, Shanghai, Xi’an, etc). There were times when I would be coming back home way after midnight after a concert. But I never had to fear for my safety – I found that people typically mind their own business.

Vegetarian food is widely available, with one catch – you have to know how to ask for it! You can ask waiters/waitresses at restaurants to “not put meat”, but make sure to mention to “not put fish” as well. I’ve found that fish doesn’t come under the general umbrella of ‘meat’, and have sometimes gone halfway through a dish before finding tiny pieces of shrimp that I didn’t see before.

Chinese people are some of the kindest people I’ve come across. Overall in public places, there’s a fair amount of chaos just given the sheer number of people present. But, I’ve rarely seen people fight or get into large arguments. Within my host family and their extended family members, I appreciated how much they understood the significance of family and nurtured those relationships.

Within my host family and with strangers, people are incredibly patient with foreigners trying to learn Chinese. They know that it’s a hard language and that it just takes time. I’ve even had strangers correct my Chinese or suggest better ways to use phrases! 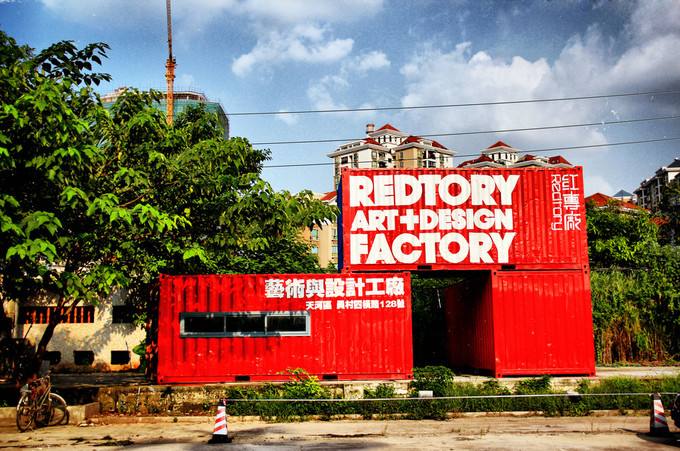